Israel Police say they plan to advise Attorney General Avichai Mandelblit to close the department’s investigation into the allegations of wrongdoing by Opposition Leader and MK Isaac Herzog.

News of the impending recommendation was broadcast on Israel’s Channel 2 television news on Sunday night (April 24).


The probe into accusations of possible fundraising violations in Herzog’s 2013 campaign for Labor Party leadership by the Zionist Union leader began last month.

Herzog was questioned under caution by investigators on April 17, Channel 2 reported, and there have been no deliberations thus far on the case in the attorney general’s office.

Although police do not make the decision about whether or not to file an indictment, they can and often do make recommendations to the attorney general based on the evidence amassed during their investigation. The Israel Police LAHAV 433 branch is in charge of this investigation. 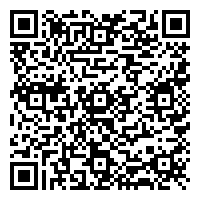