Ariel Sharon, aka Arik, Israel’s 11th Prime Minister and perhaps its most heroic and controversial leader, passed away today at age 85.

On December 18, 2005, then Prime Minister Sharon suffered a mild stroke, followed on January 4, 2006 by a second, far more serious stroke, from a massive cerebral hemorrhage (bleeding in the brain).

Thus came to an abrupt end a stellar military and political career, rife with victories, betrayals, achievements and losses.

Israelis from my generation grew up with stories of Arik Sharon the legendary founder and commander of special forces Unit 101. Fifty young men, mostly former paratroopers, were ordered in 1951 by then Prime Minister David Ben Gurion to retaliate for attacks across the Egyptian and Jordanian borders by fedayeen irregulars, against Jewish civilians and their property. Eventually, Unit 101 began to carry out offensive guerrilla warfare missions.

In the fall of 1953 came the first stain on Sharon’s reputation as a warrior, during his unit’s reprisal action for a fedayeen attack in the Israeli village of Yehud. They attacked the village of Qibya, in the disputed territories under Jordanian rule. 69 Arab civilians, including children, were killed when Sharon’s troops dynamited buildings there.

Unit 101 was eliminated and its men were assigned to the Paratroopers Brigade, which Sharon eventually commanded.

The next key controversy in Sharon’s career took place during the Sinai Operation of 1956, when his forces emerged victorious from the bloodiest battle of that war, at the Mitla pass. Historians have blamed then Chief of Staff Moshe Dayan for the way the battle developed, and assigned additional blame to Sharon for his unnecessary aggressiveness, which ended with 38 Israeli dead.

Over those volatile years, Sharon was losing the support of Israel’s political class, which didn’t trust his judgment, despite his obvious leadership skills and his intelligence. Ben Gurion is reputed to have quipped about Sharon: “Is he still having problems with the truth?” For this reason, after several years as commander of the southern front, Sharon was passed up for an appointment as IDF chief of staff.

In August, 1973, Sharon left the military and began his political career, first with a left-leaning party named Shlomzion, and then with the right wing Likud. But a short time later, as the Yom Kippur war erupted and Israel political and military leadership were in a state of near-panic, Sharon was given command over a division at the southern front. That’s when the controversial general, defying his orders–and jeopardizing another division with which he was supposed to cooperate–changed the outcome of the war, taking the fighting to the Egyptian side of the Suez Canal.

In 1981, Sharon joined Likud leader Menachem Begin’s second term as prime minister, landing the position of Defense Minister. Those who didn’t want him as IDF chief of staff now had to accept him as the political boss of the chief of staff.

Sharon’s next, possibly most infamous scandal took place during the 1982 Lebanon war, with the massacre in the Palestinian refugee camps of Sabra and Shatila that was perpetrated by the Christian Falange in retaliation for the assassination of their president. Sharon was accused—and later found guilty by an investigating committee—of providing logistical support to the Falange.

Sharon was forced to resign from his Defense post, but continued to serve as government minister under Prime Minister Yitzhak Shamir.

Throughout his years as Likud minister in various capacities, Sharon was considered the friend and patron of the settlement movement, to the point where his name was synonymous with Jewish life in Judea, Samaria, Gaza and the Golan. His contribution in terms of budgets and support was unequaled by any other Israeli politician.

Nothing Wrong with your Set: Bennett Could Become Prime Minister Next Week 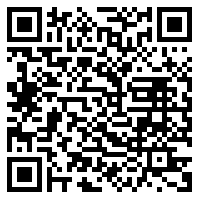