While representatives of various Palestinian Arab factions “talk” with Israeli negotiators — albeit indirectly — about how to extend a 72-hour cease fire into something more permanent, Israel is already starting to rehabilitate Gaza.


Workers from the Be’er Sheva district – the same people repeatedly forced to race for shelter from rocket fire launched from Gaza – were ordered to repair the grids damaged by those same rockets fired by Hamas terrorists in the first place.

IDF soldiers have been assigned to guard the IEC technicians working on the lines. IEC provides 120 megwatts of electricity to Gaza on 10 high voltage lines, nine of which were damaged by the rocket fire.

The IEC employees are working on the lines from the Israeli side only, although a number of damaged lines are also located within Gaza.

“All of the IEC work is being carried out in coordination with the Coordinator of Government Activities in the Territories (COGAT),” according to IEC deputy spokesperson Iris Ben-Shahal. 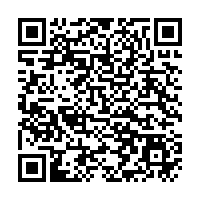