The statement by Yigal Palmor, a spokesman for the Israeli Ministry of Foreign Affairs, came in response to remarks made last month by Consul General Frederic Desagneaux in a speech on archaeology. Desagneaux spoke of “the important archaeological projects that French archaeologists had helped to uncover in Palestine,” including the Qumran Caves.


Desagneaux also praised French archaeologists for “helping to discover Palestine.” An approved copy of his speech mentions, in this context, the Qumran Caves, where archaeologists discovered the collection of biblical texts knows as the Dead Sea Scrolls.

The text does not contain the word “Jewish” and Israel appears in it once, in a sentence about the “Israel-Palestinian conflict.”

“We have seen how important these heritage sites are to international recognition of Palestine, and France intends to continue to lead the movement to recognize the Palestinians’ management of these sites,” he said, according to the copy of his speech published on the website of the consulate.

Palmor confirmed to JTA that the ministry had expressed “shock that that the French consul general was joining forces with those who would rewrite history to reflect specific agendas and erase the Jewish and Israeli connection to the Land of Israel.”

“It is unworthy of an official representative of France to provide assistance to this kind of propaganda, at the expense of fairness and historical truth,” Palmor said.

Frédéric Desagneaux, was born in 1957, he graduated from the Institute of Political Sciences in Paris.

From 1986 to 1988, he went back to France at the Central Administration (Northern Africa and Middle East-Africa Department.)

From 1991 to 1994, he returned to the Central Administration (Information, Press and Communications Department).

May 10, 1994 he was named and given the title of Secretary of Foreign Affairs.

From 1994 to 1998, he was First Secretary at the French Permanent Mission to the UN.

From 1998 to 2003 he held the position of Deputy Spokesperson for the Presidency of the French Republic.

Between 2007 and 2009, he held the position of Vice Director of Communication and Information Department and Spokesman of the Central Administration.

He came into office as Consul General in Jerusalem in August 2009.

Mr. Desagneaux is a knight in the French National Order of Merit. 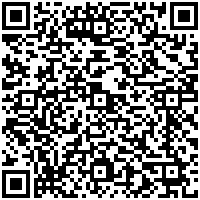