What sets us apart from most people can be summed up so easily. Did you know that Sunday was the anniversary of the death of Shimon HaTzadik? He died about 2,300 years ago, give or take, and we know who he was, who his father was, what he did in his life, and where he is buried. And yesterday hundreds of Israelis likely visited his grave.

Have you ever gone to the grave of a man who died 2,000 years ago? I can’t even begin to count how many of these I have gone to, or long to go to but can’t because of where the grave is buried. I have been to the graves of Abraham, Yitzchak (Isaac), and Yakov (Jacob). Of Sarah, Rivka (Rebecca), and Leah. I have been to the graves of Rachel and of Shimon HaTzakik.
That we know when they died and go to their graves and honor their memory tells you so much about who we are and why we are so tied to this land. If you want to understand Israel, you must understand this unshakable connection we have to our past and to the great men and women who have guided us and led us to where we are today.
I drive to my accountant – a few times a month…past the Old City walls of Jerusalem that have stood for more than 500 years, replacing the ancient ones built long ago. And I drive past places mentioned in the Bible almost every day.
In America, I went to school near General Grant’s tomb…the running joke at the time was that his wife and horse were buried there. I don’t actually know if that was a joke or if General Grant is actually buried there. We lived near Washington’s headquarters… there memories go back less than 250 years…can you imagine a history that goes back 10 times as long?
Our land is filled with such history…rich and ancient…and yet, despite this long history, we remember the details. We still mourn the exact day the Holy Temples were destroyed; we can tell you when Rachel died…when Shimon died…and quietly, because really it is between God, us, and the memory of long ago, we go and pay our respects. In a very real sense, these are our forefathers. This is our history. This is our land.
And in tying ourselves to the land and the history, we ensure our connection to the future.
Visit A Soldier’s Mother.
Advertisement 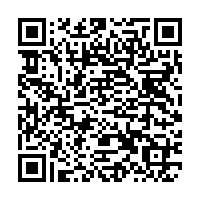