The Security Cabinet this week discussed at length the prospect of the collapse of the Palestinian Authority, and ministers are divided over the consequences for Israel, Haaretz reported.

The discussions lasted for several hours over a period of two days and followed the visit by U.S. Secretary of State John Kerry, who finally has admitted he has “run out of ideas” to achieve his dream-nightmare of a peace agreement between Israel and the Palestinian Authority.


Mahmoud Abbas reportedly is going to continue with his diplomatic suicide mission of seeking help from the United Nations to censure Israel and to promote the PA becoming a country within Israel’s current borders.

Abbas apparently is not concerned that Russian presence in Syria and the panic in Western Europe over the Islamic State (ISIS) have pushed his agenda to the bottom of the list of real concerns. He also is not aware that the blatant lies and incitement by his regime have dampened Western enthusiasm for his campaign.

His increasing loss of legitimacy in the West makes him even more illegitimate among Palestinian Authority Arabs.

Abbas has thrown broad hints that the PLO might revoke its 1993 de facto recognition of Israel in 1993, and Palestinian Authority media have published several articles that he is thinking of asking the United Nations to protect Arabs from the “occupation.”

The collapse of the Palestinian Authority is in the cards, either through the resignation of Abbas or through his regime’s impotence.

However, the Security Cabinet has no need to worry because there really is an alternative to the Palestinian Authority. It is called the “eight-state solution” as suggested for several years by Bar-Ilan University lecturer Dr. Mordechai Kedar.

Palestinian Authority terrorists are popping up left and right every day. They murder Jews and cause several physical and psychological damage, but their numbers are far out of proportion to the mainstream population.

The reasons that Abbas has not been able to incite an Arab Spring rebellion against Israel are the same ones that Kedar states for the “eight-state solution.”

There is no reason to assume that a Palestinian state will not become another failing Arab state, due to the fragmented society in the West Bank and Gaza, tribalism and the lack of awareness of nationhood….

The proposed plan is the creation of eight independent and separate city-states within the West Bank, having a limited rural periphery, that will enable future expansion and the establishment of industrial zones. The towns that will receive independence are under this plan are Hebron (the Arab part), Jericho, Ramallah, Nablus, Jenin, Tulkarm and Kalkilya. Bethlehem will require further consideration….

Such a de facto division, sustained over time, will foster the development of local rule and facilitate the establishment of political entities based on each separate city-state. 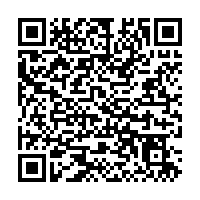