Israeli Ambassador to Jordan, Daniel Nevo, filed an official complaint to Jordan’ Foreign Ministry over the letter of condolence that Jordan’s Prime Minister Abdullah Ensour sent to the families of the terrorists from the Har Nof Massacre. Those terrorists killed 5 people in a Har Nof synagogue during prayers.

The Jordanian parliament also held a moment of silence for the Arab terrorists who were killed in their terror attack.

In addition, Nevo delivered a compilation of antisemitic cartoon that have been recently published in Jordanian media, inciting even more antisemitism.

Last week, Jewish visitors to Jordan were told by Jordanian tourist police that their Kipas are forbidden in Jordan “for their own safety” and the yarmulkes were confiscated.

For at least the past year, Jordan does not allow Jews to bring Tefillin into Jordan with them, which are worn during morning prayers.

Religious Jews have been complaining that Jordanian officials at the border crossing purposely target religious Jews for harassment.

In Israel, some people are beginning to question the value of a peace treaty with a weak, undemocratic and openly antisemitic kingdom like Jordan’s. 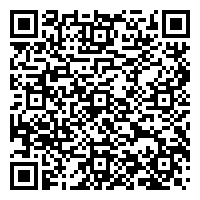