In the wee hours of Monday morning, at around 3 am, a Grad Katyusha missile was fired at southern Israel from Hamas-controlled Gaza, and landed in an open area in the Ashkelon coastal region.

No one was injured and no damage was reported — but no one was warned that the rocket was heading their way, either.

The Iron Dome anti-missile defense system did not fire, and there was no Color Red incoming rocket alert sounded, presumably because it was determined the rocket would land in an open area without people.

Security personnel who searched the area found missile had landed in an open area, near some greenhouses, in the Ashkelon coastal region.

Just three days ago, the Iron Dome anti-missile defense system was called into action to intercept a similar attack launched from Gaza by Palestinian Arab terrorists.

In that instance, the missile was heading straight for the city of Ashkelon, a heavily populated area. The Color Red incoming rocket alert siren wailed its warning from one end of the city to the other.

The missile was intercepted in mid-air and the threat was neutralized, while nearly 120,000 city residents waited safely in their bomb shelters. 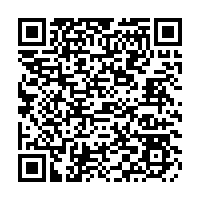