Five of terrorists are residents of the Jerusalem neighborhood of Ras al-Amud, near the Mount of Olives, Shabak said and have been involved in a number of attacks, including firebombings, shooting fireworks and throwing stones at IDF soldiers, security personnel and Israeli civilians.


Islam Najjar, 18 and Hamza Najjar, 22 – two brothers – were both arrested in October, according to Shabak. As the investigation expanded, Nader Nasser, 22, was also detained, along with two minors, ages 16 and 17.

The two younger members of the terror cell confessed to throwing firebombs (Molotov cocktails) and stones at security forces and Israelis in Judea and Samaria. They also admitted to torching a bus in the Ras al-Amud neighborhood in September and attacking the driver together with other Arabs in the area.

Rioters in the neighborhood also blocked the street with trash cans and cut off the electricity to the area in order to draw police to the site so they could attack them.

Thus far, the terrorists have been charged with arson, attempted arson, rioting, attempted assault of a police officer, tampering with evidence, intent to commit a crime, and other accusations. 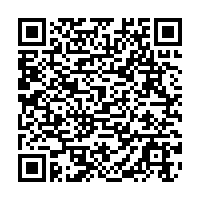