A female wannabe Arab terrorist was stopped from carrying out an attack midday Monday at the Zif Junction in the Mount Hebron area.

(Ed. – Zif is currently an Arab village located about seven kilometers (4.3 miles) south of Hebron; but the town had a Jewish population until at least four hundred years after the start of the common era.)

The would-be terrorist arrived at the checkpoint armed with a knife, which she had hidden among her belongings.

The weapon was found during a routine search carried out by security personnel at the checkpoint.

When the knife was discovered, the woman grabbed it and hurled it to the ground. She then tried to run but was immediately caught by the soldiers stationed at the site.

The wannabe Arab terrorist was handed over to security personnel to be questioned at the checkpoint. 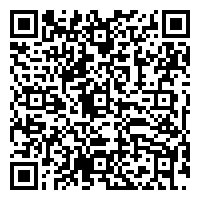