An Israeli public bus came under an Arab stoning terror attack Sunday night, according to a report made by the driver at a security checkpoint near the village of Beit Sira, heading towards Modi’in in central Israel.

No physical injuries were reported in the attack.


Israeli security forces were deployed to search for the terrorists.

Beit Sira is an Arab village located along the disputed area between Israel and the Palestinian Authority-controlled territory in the central region, about 15 miles west of Beit El and Ramallah. 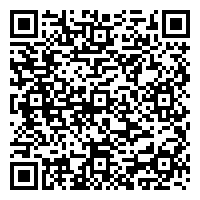