The Israeli government approved on Sunday a new law described by Prime Minister Benjamin Netanyahu as a bill to “increase and strengthen enforcement in the field of planning and construction.”

Dubbed by some as the “law and order bill,” the law is also being called the “one state, one law” bill, a measure Netanyahu says is intended to equalized enforcement of the laws across all populations.


“Our government is investing considerable resources in developing the Arab sector – economic development, education, transportation, housing solutions and other issues,” the prime minister said in opening remarks to the weekly cabinet meeting.

“Alongside all of these, we are working to create a reality of one state with one law; law and order for everyone, without exception. This is desirable and the time has come for it to be so in the State of Israel.”

One of the issues that may be addressed by this bill is the rage invariably provoked when police enforce demolition of illegal structures that are built by Arabs.

Illegal structures built by Jews are also demolished, and those demolitions provoke equal rancor but generally are completed with far less violence and danger to the engineers and/or security forces involved in the operation. Moreover, there are far fewer illegal structures built by Jews, and fewer Jewish squatters. The difference in the numbers and the response to enforcement of the laws is one of the driving forces behind the creation of the law.

A new division was also created in the Israel Police earlier this year with an eye towards law enforcement in the Arab sector.

This past April, Israel Police Chief Roni Alsheikh appointed the department’s first Muslim deputy commissioner-year-old Gemal Hakrush, the highest-ranking Muslim ever to serve in the force.

Hakrush heads a new Israel Police division to deal with law enforcement in the Arab sector, which comprises 20 percent of the nation’s population and where customs and culture codes are different, with Israeli police held in deep suspicion. In some areas, they are simply outright feared or hated, with Israeli Arab police officers considered “traitors.” 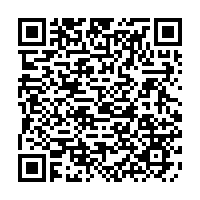