The government cabinet on Sunday marked the 25th anniversary since the establishment of diplomatic relations with China and India with a special update on the progress of those ties.

Prime Minister Benjamin Netanyahu told the ministers in his opening remarks that “exceptional progress” has been made, and that relations with both major powers are “flourishing in an extraordinary manner.” He pointed out that together with Israel their populations total nearly a third of the world’s population.


“But relations are truly seeing a dramatic upturn – trade delegations, the magnitude of trade – and I would say, mutual relations in many areas including security, tourism and technology,” Netanyahu said.

“Simply put, there has been a major breakthrough here and I think that the fact that Israel such strong relations with two of the world’s major powers attests to the status of Israel among the nations, a position that is becoming stronger due to our technological, military and intelligence capabilities.”

Nevertheless, he said, “our fundamental alliance is with the United States. There is no substitute for this alliance.

“Our relations are tight and getting tighter and I would like to take this opportunity to make it unequivocally clear that our position has always been, and will always be, that the U.S. embassy needs to be here, in Jerusalem.

“Jerusalem is the capital of Israel and it is proper that not only should the American embassy be here, but all embassies should come here, and I believe that over time most of them will indeed come here, to Jerusalem,” he said.

Netanyahu’s latter remarks came in response to an interview heard earlier in the day on an Israeli radio station with Republicans Overseas co-chair Marc Zell, who told listeners that he believes Netanyahu told U.S. President Donald Trump to delay moving the U.S. Embassy from Tel Aviv to Jerusalem. 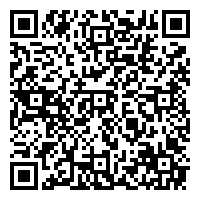