The cave is of relatively small size (8 meters by 4 meters) and includes a great diversity of coral caves, stalactites, stalagmites and “Elephant Ears.”

Shay Koren, Israel Nature and Parks Authority (NPA) regional director for the Lower Galilee stated: “This is a thrilling and exciting discovery, but unfortunately at this point we cannot open it to the public due to the cave’s characteristics and its small size.”

The initial information was originally collected by the Quarry Rehabilitation Fund, dealing with development work in the area and then transferred to the NPA experts.

Koren also explained that the exact location could not be provided because entry was forbidden at this time. Moreover, the stalactites and stalagmites are protected by law as Protected Natural Treasures and must not be damaged.

Dr. Yinon Shivtiel, from the Tzefat College Cave Research Center, explained that the stalactites and stalagmites are “karstic” phenomena, meaning the result of the erosion processes of limestone over the years. The “karstic” activities are also what cause the limestone to take the form of flower buds with petals, resembling corals.

Dr. Shivtiel also claimed caves are important for the water sector in mountain areas, because in some of them streams of water flow, which can later be found as water springs.

“In the coming days we will continue to engage in morphological and geological documentation, mapping and investigation of the cave and prepare a plan for conservation of the findings,” said Dr. Shivtiel.

“As part of our investigation, we will also try and understand why, inter alia, this particular cave is home to relatively rare coral caves,” concluded Shivtiel. 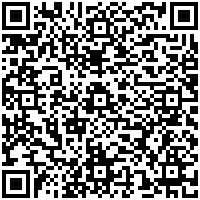