by Ilana Messika Several dozen people formed a human chain on Sunday from the U.S. Embassy in Tel Aviv to the Russian Embassy down the street to call for action to act to end the slaughter in Syria.

Ahead of the protest, Tazpit Press Service (TPS) interviewed Gadiu Gevaryahu, chairman of the Tag Meir organization that hosted the event.


“When there is a war, a few kilometers away from us, which has caused around half a million deaths, we cannot keep our hands in our pockets and do nothing,” he said.

“First of all, we want to put out an emergency call, in particular to the Israeli government and to the the international community. The slaughter of the Syrian people must be stopped and we, in Israel, need to lend a hand, beyond all the good initiatives that are already being undertaken. We simply need to do more,” Gevaryahu argued.

The protest was the latest in a series of Israeli-led grassroots initiatives on behalf of Syrians, and Syrian refugees. Despite the fact that Israel and Syria have remained technically at war since Israel’s founding in 1948, Israelis have founded a variety of unofficial and grassroots efforts aimed at providing medical care, humanitarian aid and just human connection with people and families. Hundreds of Syrians have received treatment at Ziv Medical Center in Tzfat. More quietly, several groups of Israel doctors and social activists have travelled to the Zaatari refugee camp, on the Syria-Jordan border, hiding their national identities in order to provide care in a charged anti-Israel atmosphere.

Closer to home, there have been grassroots initiatives to raise money, pray and to provide other means of material and emotional support. One crowdfunding campaign, “Syrians on the Fences,” raised more than NIS 430,000 ($113,000) in less than a week to buy baby formula, blankets and medicine for children displaced and/or wounded by the fighting. Another, simpler plan seeks only to raise awareness amongst the Israeli public regarding the situation in Syria.

“Considering of the worsening of the situation in Aleppo, we decided that we could not remain insensitive any longer,” said Sarah Haetzni Cohen, creator of the hashtag #Israel4Aleppo. “As a civic organization, we cannot do much but we decided that what is important to do at this point is to raise awareness. We cannot ignore what goes on at such a small distance from Israel. But while we are sitting here drinking coffee, children are being massacred,” she said.

According to the Syrian Observatory on Human Rights, more than five years of conflict beginning in March, 2011 has left around 450,000 dead and more than 2 million injured.

In addition, the United Nations Commissioner for Refugees estimates there are about 11 million Syrian refugees globally, including around 4.8 million in Turkey, Lebanon, Jordan, Egypt, Iraq and 6.6 million remain internally displaced within Syria – a staggering 52.9 percent of Syria’s 2011 population.

Israel’s official strategy with regards to the Syrian civil war has been one of neutrality and non-intervention, apart from targeting the transfer of weapons of mass destruction to Lebanese-based Hezbollah via Syria, with the tacit agreement of Russia.

Haetzni Cohen told TPS that it was crucial as a Zionist organization “to raise a universalist flag with all its values.

“There are not here any consideration of politics, identities or race, only a humanitarian and civil matter of the most basic level,” she stated.

This sentiment was reverberated by Gvaryahu, who also argued that to stand against the massacre in Syria was a duty the Jewish people had to itself and its history: “We are all here, in one way or another, a second or third generation of Holocaust survivors. My father, a Holocaust survivor, used to tell me about the hurtful silence of the Pope Pius XII, and we simply cannot behave identically towards another slaughter. Within this fight we are also perpetuating the memory of our own history,” he said.

“Those who profess the importance to recognize the country as a Jewish state must behave like in a Jewish state. Though we have a long history, we have recently know what is means to be a refugee and have known the definition of massacre,” Gevaryahu claimed.

“Of course, we will not resolve the situation in Syria, but we do have the duty not to remain silent,” he concluded.

With additional reporting from Andrew Friedman. 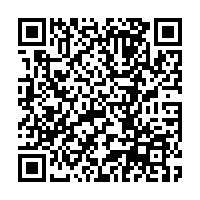