The Foreign Ministry is set to establish the Israel Forum to Combat Ebola this coming Sunday at its offices in Jerusalem.

Representing the government, MASHAV is calling on Israelis to join the global effort to help West Africa fight the outbreak of the deadly Ebola virus that is threatening the continent. All NGOs interested in participating in efforts in the field and pooling resources to fight the epidemic are invited to attend the meeting, which is being sponsored by the Israeli Fund for UNICEF (IFU) and SID-Israel.

So far, the Ebola outbreak has most affected the West African nations of Liberia, Guinea, Nigeria, Senegal and Sierra Leone. Eight neighboring countries are also at risk as the virus could quickly spread across borders unless there are rapid measures taken to control it.

Because of the seriousness of the situation, the United Nations and other international organizations are providing emergency aid along with governments and societies around the world, to prevent the spread of the epidemic.

MASHAV has already begun to provide assistance in the Middle East. Prime Minister Binyamin Netanyahu has asked the organization to step up its efforts, which to date have included the deployment of mobile field hospitals to Liberia, Sierra Leone and Guinea. The field hospitals include isolation units and protective gear to allow medical professionals to quarantine and care for their patients. 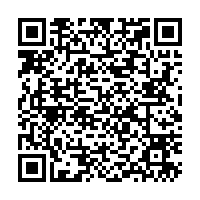