For the first time in the history of the state, starting January 1, 2017, every Israeli child below the age of 18 will receive a trust fund in which the National Insurance Administration (Israel’s Social Security) will be making monthly deposits. Parents will be able to select an alternative financial institution for their child and be allowed to invest in the fund from the government child allowance.

Finance Minister Moshe Kahlon said that the new trust fund for every child will go a long way to “narrow the social gaps in Israel, and promote equal opportunities for middle class and the weaker sectors, as well as raise awareness about saving.”


As it was laid out on Tuesday, the plan will allow an 18-year-old Israeli who has been enrolled all his life to embark on his adulthood with about $5,000. The trust fund plan is based on National Insurance making $14 monthly deposits in the funds. The hope is that with interest and added investments the fund would yield an even higher amount, enough to carry the young person through college, help start a small business or make any other worthwhile investment.

If the young Israeli opts to delay withdrawing the funds until he or she turns 21, National Insurance will add a 500 shekel bonus ($180) to the account at that point and the government would pay all the fees on the fund.

The obvious problem is that $5,000, which will be pulled out of the war on poverty budgets, is not a lot of money, and the future may be paved with Israeli young adult driving cheap cars or going on that incredible trip to India or the Amazon forest, rather than using the money for its intended purpose.

It would have been much more meaningful had government invested those $5,000 in the fund up front, which at 2% would yield more than $7,000, an end amount that could be boosted by the parents and the child over the years. With only $14 monthly deposits by the parents, the fund would be doubled by the end of the 18-year term.

But to do that, with about 200,000 babies born annually, Israel would have to divert about $1 billion from its budget to those funds. Not an impossible figure for a country with a $300 billion annual GDP. The upside would be a population that’s more serious about saving and investing, and young people who have a stake in the stability of the system. Those would include young Israeli Arab, by the way. 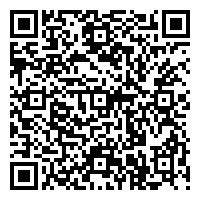