Ivanka Trump accuses the New York Times of distorting the facts about her father’s treatment of women in a story she says is “pretty disturbing, based on the facts as I know them.” Trump’s daughter, an Orthodox Jew, spoke to CBS “This Morning” show host Norah O’Donnell in an interview to be shown Wednesday.


The New York Times Magazine on Sunday reported interviewing dozens of women who had worked with or for Donald Trump over the past four decades, in real estate, modeling and pageants, women who dated him, interacted with him socially — more than 50 interviews over six weeks. “Their accounts,” the report suggests, “reveal unwelcome romantic advances, unending commentary on the female form, a shrewd reliance on ambitious women, and unsettling workplace conduct.”

Those interactions took place in his offices at Trump Tower, at his homes, at construction sites and backstage at beauty pageants. And even though to him they were probably unimportant moments, the NYT story suggests they left lasting impressions on the women who experienced them.

But the NYT report is not entirely negative, which is often the case with the Republican presidential hopeful. “What emerges from the interviews is a complex, at times contradictory portrait,” it says. “Some women found him gracious and encouraging. He promoted several to the loftiest heights of his company, a daring move for a major real estate developer at the time. … He simultaneously nurtured women’s careers and mocked their physical appearance.”

Lane said, “They did take quotes from what I said and they put a negative connotation on it. They spun it to where it appeared negative. I did not have a negative experience with Donald Trump.”

The NYT report’s authors, Michael Barbaro and Megan Twohey, told CNN, “We really stand by our story, we believe we quoted her fairly and accurately and that the story really speaks for itself.”

Ivanka Trump told CBS the Times distorted facts about her father to fit its “strong thesis” about him, and cited the “backlash” against the story since it published. “It’s been largely discredited since….Most of the time, when stories are inaccurate, they’re not discredited, and I will be frustrated by that. But in this case, I think they went so far. They had — they had such a strong thesis and created facts to reinforce it…. And, you know, I think that narrative … has been playing out now.” 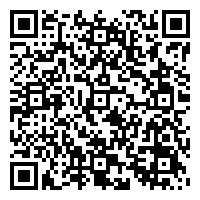