Jewish Home announced today the formation of the first full-time English Language Social Media Division of a Knesset party in Israeli political history. Naftali Bennett’s English Language Social Media Division will be in charge of Naftali’s Facebook, Twitter and Youtube pages. The target base is a mix between the 250,000 English speaking immigrants, Jews in the Diaspora and the international community.

Jeremy Saltan, aka Knesset Jeremy, was chosen to lead the new division. Saltan, a native of Skokie Illinios, is a veteran party insider who managed the high profile Bayit Yehudi English language Knesset campaign last winter. Previously, he managed Jeremy Gimpel’s Bayit Yehudi primary campaign and served as a political and legislative assistant to National Union leader Yaakov Ketzeleh Katz in the 18th Knesset where he authored the Grunis and Outpost Bills. Most recently he served as a Campaign Manager for Bayit Yehudi in the municipal elections.

Saltan released this statement: “Bayit Yehudi is fulfilling their campaign promise to enable English speakers a real voice within the party at a level that no one else offers. We will be the only party offering accountability, transparency and representation in English to our voters. I want to thank Naftali for putting his trust in me and I look forward to this exciting project.” 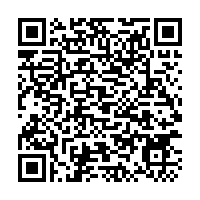