It almost sounds like the beginning of a bad joke.

“A chef and a dentist meet at a class…”

Instead, the meeting between chef Jack Silberstein and dentist Alan Broner at a cooking class taught by Silberstein, ended up being the beginning of a one of a kind business venture that has taken the kosher food world by storm, as together the two formed Jack’s Gourmet, delighting kosher consumers with authentic hand crafted deli meats and sausages.

To be sure, Silberstein and Broner, both Crown Heights residents, are an unlikely pairing.  Silberstein, 28 years of age, is a graduate of the Culinary Institute of America who began his cooking career at age 13 and has worked as a private chef and a restaurant consultant.  The 66-year-old Broner is a practicing dentist and a former professor of dentistry at New York University.  The two, who share a passion for all things food, originally contemplated opening up a restaurant, but after some initial research decided to create their own product line instead.

The seeds for Jacks Gourmet had already been sown earlier when Silberstein took a consulting job with a kosher meat company and began experimenting with sausages and deli meats.  Having found the quality of kosher deli to be lacking and the few kosher sausages on the market below his exacting standards, Silberstein began experimenting on his own, trying to develop authentic kosher items that tasted like their non-kosher counterparts.

“People are impressed that we don’t use fillers, by-products, MSG or gluten,” Silberstein told The Jewish Press.  “Our products don’t taste artificial and you don’t have any of the bad taste you get when using additives. We use beef chuck, the same meat people would use at home, and that has been the key to our success.  People recognize what they are eating and can taste that it is what it is.”

According to Silberstein, his products were the hit of the show and cookbook author Susie Fishbein went on record at the event, telling attendees to stock up on the new gourmet meat products.

One of the reasons for the popularity of Jack’s Gourmet Sausages, which are available at local stores coast to coast as well as in Costco warehouse locations, is the fact that they actually taste like their non-kosher counterparts.

“If you have been kosher from day one, you might not realize just how good they are, but when experts tell you that the taste is authentic, it really gives the product line validation,” explained Silberstein.

While creating bona fide sausage may have been something new for the kosher market, it is hard to imagine that genuine kosher cold cuts are difficult to procure, but Silberstein discovered otherwise.

“Most commercial cold cuts are slimy because they are pumped full of carrageenan, which holds the water in and lets them take 50 pounds of meat and turn it into 75,” said Silberstein.  “Our corned beef and pastrami are different.  They are old world style and we don’t put anything in but meat, spices and seasonings.  Our garlic is fresh, not powdered and while our products are more expensive, we keep growing because people recognize that they are of higher quality.”

The lack of gluten, fillers and additives has proven to be a gift to many people who experience adverse physical reactions when eating meats produced by other companies and also made introducing a Pesach run of Jack’s Gourmet a simple process.

“The only difference for Pesach is that instead of using corn syrup we use sugar,” reported Silberstein.

Not content to rest on his laurels, Silberstein headed back to the kitchen to expand his product line, this time coming up with a line of chicken sausages.  While high poultry prices have forced Silberstein to temporarily discontinue his poultry products, his Jamaican jerk chicken sausage took home the Best New Meat, Seafood or Poultry Product honors at Kosherfest 2011. 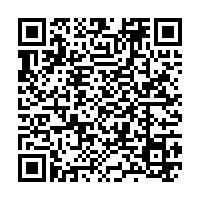