U.S. Treasury Secretary Jack Lew and Nobel Laureate Robert Aumann are among ten individuals who have been named 2013 Orthodox Jewish All Stars by Jew in the City, the organization dedicated to re-branding Orthodox Jews and Judaism to the world through digital media.

The awards will be presented on November 24 in New York City. The date coincides with the Thanksgiving and the Festival Hanukkah.


This year’s All Stars are a diverse group that also includes Sarah Hofstetter, who was promoted last week to CEO of leading advertising firm 360i in the United States; Ari Pinchot, co-executive producer of the new film,  Lee Daniels’ The Butler; Na’ama Shafir, the first Orthodox female professional basketball player; and Joseph Shenker, chairman of Sullivan and Cromwell, one of the leading U.S. law firms.

Rounding out the list are  Rama Burshtein, writer, director and producer of the awarding-winning film  Fill the Void and the first Hasidic woman to make a film for general audiences; Anne Neuberger, the Director of the National Security Agency’s Commercial Solutions Center; Issamar Ginzberg, a marketing guru who was named one of Inc. Magazine’s Top 10 Entrepreneurs and who is the grandson of prominent Hasidic rabbis; and Dr. Laurel Steinherz, Director of Pediatric Cardiology at Memorial Sloan Kettering and co-founder of Camp Simcha, a camp for Jewish children with cancer.

“There is a common misconception that being an Orthodox Jew means you don’t have many career options,” said  author Allison Josephs, who founded Jew in the City six years ago to break down myths and misconceptions about religious Jews and observant Judaism. 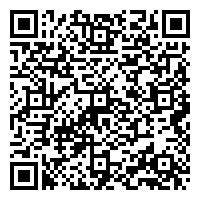