Members of the board of governors of Ariel University visited President Reuven Rivlin Tuesday to announce the establishment of a new joint Jewish-Muslim regional medical center.

The initiative is being launched with the support of the Helmsley Trust, within the framework of the university’s School of Health Sciences.

“It is clear to all that Ariel will be an integral part of Israel in any future agreement,” said President Rivlin, and congratulated those present on their work in developing the university and establishing the new medical center. The President stressed that the establishment of the ‘Judea and Samaria Academic College’ in Ariel 33 years ago, had been the result of a tremendous effort by many people, and said that he was therefore today especially pleased to welcome them as representatives of the ‘Ariel University’.

The President added that Ariel University, as its fellow universities, provided a first opportunity for significant interaction between the different communities in Israel – interaction and meetings that did not distinguish between religion, nationality, or sex, and were for the benefit of Israeli society as a whole. 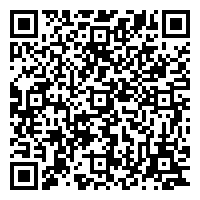