Can a Jew hold his hands outstretched on the Temple without being arrested for offending Muslims by “praying.”

And if a Jew looks upward or wears a head-covering on the holy site, would these actions also be considered an offensive display of belief in God?

The Jerusalem District court on Monday discussed the absurd and ruled that it really is too ridiculous to be taken into account as a reality.

The government of Israel prohibits prayer on the Temple Mount, in accordance with demands from Muslims, regardless of the Jordanian-Israel peace Treaty that specifically states in Article 9:

Each party will provide freedom of access to places of religious and historical significance.

Treaties aside, Jews cannot pray on the Temple Mount, but no one has defined the word “prayer.” Police previously have hauled Jews off the Temple Mount for prostrating. Moving one’s lips also is problematic, even if he simply is shivering from the winter.

But what about holding one’s hands outstretched while walking?

It is a violation of the rules of the game, police told Yehudah Etzion, who won his case in court after having refused a police order on the 10th of Tevet, a fast day, to drop his hands while walking on the Temple Mount.

Police barred him from the holy site for two weeks, alleging he represents a threat to public safety, meaning he upsets the Muslims.

Judge Ram Winograd cited Chapter 1 of Isaiah and the Talmud while noting that the police had come up with a new standard of prohibited prayer when detaining Etzion.

Under the circumstances there should be no discussion of whether holding one’s palms upwards is an act of worship, it is sufficient to note that the police did not prohibit this action until now.

I will note that taking this path, perhaps in the spirit of the verse in Isaiah Chapter 1, would warrant prohibiting lifting one’s eyes up to the sky, based on what is written in the Mishnah, Tractate Rosh Hashanah, Chapter 3; and perhaps it is necessary to ban head coverings on the Temple Mount since pursuant to the Talmud this is a dress that proves the fear of Heaven.

Police Superintendent Ian Granot argued, “The Temple Mount is an explosive site. We are in the midst of a terror wave that was sparked by this site. The Israel Police managed to remove the Temple Mount from the current terror wave.” Judge Winogrod’s citing of Chapter 1 of Isaiah is a bit ironic because it states the Prophet’s theme that God does not want sacrifices that are offered from Jews whose hands are guilty of sins.

And when you spread out your hands, I will hide My eyes from you, even when you pray at length, I do not hear; your hands are full of blood. 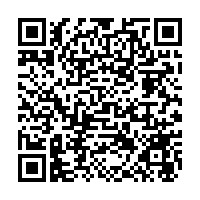