As we start reading about Moshe’s life once again, it is hard not to notice how solitary and lonely an existence he led. Even as we hear about him following the standard path of marriage and parenthood, it is actually anything but standard.

Compared with the description of the marriages of Ya’akov and his wives, for example, the story of Moshe and Tzipporah is highly truncated. In fact, Tzipporah’s name appears only three times in the entire Torah. What we do hear about the relationship between Moshe and his spouse leads us to conclude that it was emotionally distant. Even before their final separation alluded to in the book of Bemidbar, Moshe and Tzipporah had already known a protracted geographical separation, something unknown to any other couple in the entire Torah. This early separation would not only impact on the frequency of their interaction, it would also set its tone.


Indeed, Tzipporah remains largely invisible. To begin with, she is almost entirely silent – we hear her voice only briefly, when she appears to give Moshe some sort of rebuke concerning the circumcision of their son. Otherwise, we don’t hear from her at all.

Related to the paucity of interaction between Moshe and his wife is the parallel lack of connection between Moshe and his children, who at one point (Shemot 18:2,6) are appropriately referred to as “the children of Tzipporah.” The Torah tells us almost nothing about Moshe’s children – even less, in fact, than it tells us about Tzipporah. That being the case, we are almost surprised when the Torah uncharacteristically focuses even briefly on the significance of their names. This is all in marked contrast to the detailed and colorful description of Ya’akov and his children.

But then again Moshe was unique. It appears that the one who would receive the Torah could not be entirely “human.” The demanded level of uninterrupted spirituality would require someone as removed from the human condition as possible. Close involvement with someone else, no matter how spiritually uplifting, would necessarily come at the expense of some of his direct involvement with God. The same would be true of Moshe’s role as a father. Being involved with his children would also have come at the cost of the intensity of his relationship with God.

Indeed, the angels’ objection to Moshe’s receiving the Torah is couched in the phrase that he was “born of a woman” (Shabbat 88b). Their complaint could be understood as pointing to Moshe’s intrinsic inability to escape his human bias. We can choose to have no intimate human bonds – except for the bond with the person who bore us. For the angels, that unavoidable human bond disqualified Moshe from being the bearer of the superhuman document called the Torah. This observation notwithstanding, Moshe does separate himself from others as much as is humanly possible. In this sense, Moshe can be described as the most, and maybe the only truly, lonely man of faith. But what type of faith is generated by this type of complete alienation from others?

We know that the human bonds to community and family are a great blessing. But as with anything else, it is a blessing that comes at a cost. On the one hand, family and community are well-nigh essential to the creation of identity and, ultimately, of meaning. But these same bonds are what bring us to exclude those who don’t share this identity. The bonds of loyalty that allow us to be more receptive and helpful to our own group are also what prevent us from being more understanding of those outside our circle. Likewise, we all understand events from the perspective of a specific community; this is the way we make sense of our experiences. Yet this prevents us from seeing events in the same way they are seen by others. It is humanly impossible to give complete and total support to two competing narratives of the same story.

Moshe’s alienation from his wife, his family and his nation allowed him to transcend the normal boundaries that separate us from those outside these circles. He could not remain tied to his family. Otherwise, there would always be an in-group and a resultant out-group. This is what made Moshe into a universal leader – he could identify with other groups as easily as he could identify with his family, with non-Jews as easily as with Jews. As a result, when considering Moshe, other nations would not perceive an unfriendly bias that would disqualify him from their allegiance.

Moshe’s stance may well be grounded in the nature of the Torah itself: While sometimes overlooked, the Jewish understanding of revelation is far from being a completely Jewish affair. The Torah describes the Jews as a nation of priests, meaning that they have a responsibility to spread the Torah’s moral and religious principles beyond the Jewish people. How they are to do that is beyond the scope of the current discussion, but it is clear that this is a major goal of the Jewish people. To put it differently, even as the Torah’s specific laws are meant for the Jews, its ethical and spiritual vision is intended for all mankind. Thus, the Torah has an uncommon dual identity, addressing a specific national culture on the one hand yet implicitly speaking to all who are created in the image of God on the other.

As the central figure and communicator of this dual doctrine, Moshe needed a dual identity: to be a representative of the Jewish people and yet to also be a true citizen of the world. Only in this way would Moshe be able to receive the Torah in both of its faces. As such, the faith of Moshe is the faith of man as man as well as that of man as Jew. 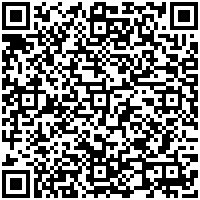