An exhibition on the life of European Jewish refugees in Shanghai during World War II opened in Chicago on Monday, Xinhua reported.

The exhibition, running from Monday to Friday, features more than 1,000 photos, 200 relics and 2,000 minutes of video interviews with Jewish refugees.


It illustrates the difficulties faced by Jewish refugees on their journey to and from Shanghai, their adaptation to the city and their relationship with the Chinese people.

Chinese Consul General to Chicago, Zhao Weiping, said at the opening ceremony that the exhibition will “help refresh the memory of the special friendship between the Chinese and Jewish people during the dark years in the 1930s and the 1940s.”

Harry Seigle, President of AJC Chicago, said that he hoped “this exhibition is just the beginning of a long and flourishing friendship (between Jewish and Chinese people).”

“This is a history of love and tolerance,” Chen Jian, curator of the Shanghai Jewish Refugees Museum, said. “By reviewing this history, we hope people in other parts of the world would understand the Chinese people better.”

From 1933 to 1941, while many countries closed their borders to Jews trying to escape persecution in Europe, Shanghai offered shelter to an estimated 18,000 people.

Steve Hochstadt, author of Exodus to Shanghai, has done extensive research on those who fled to Shanghai, and said that these Jewish immigrants felt “a sense of welcoming in Shanghai.”

Gray-haired Carla Shock, a visitor, said: “I’m here today because of the Chinese. We have to thank Chinese people and feel grateful.”

Chaya Small expressed the same feeling, saying she is “grateful to Chinese people because I lived.”

Ralph Cohn lived with his parents in Shanghai for 8 years. “We were sheltered there,” he said, “I appreciate it for everything I have.”

In the past three years, the Jewish Refugees and Shanghai exhibition has been presented in Hamburg, Berlin and Hannover in Germany, Haifa, Beersheba and Jerusalem in Israel, and Austin in U.S..

Exhibition: The Jewish Ghetto in Postcards from Eastern Europe to Downtown Manhattan 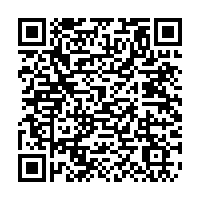