Throughout history, Jesus was an anathema for the Jews who lived under Christian rule. But staring in the 19th century Jewish and Israeli artists have engaged with the figure of Jesus, addressing complex questions of collective and individual identity. The exhibition, Behold the Man: Jesus in Israeli Art, at Israel Museum Jerusalem, presents multivalent, unexpected, and at times subversive artistic responses.

European artists reclaimed Jesus as a Jew and portrayed him as a symbol of Jewish suffering, and Zionist artists used the resurrection as a metaphor for the rebirth of the Jewish homeland; some Israeli artists related to Jesus as a social rebel or misunderstood prophet, while others identified with his personal torment or his sacrifice for the sake of humanity, which they connected to more recent victims of intolerance and warfare.


The exhibition opens with Marc Chagall’s Yellow Crucifixion, painted at the height of World War 2, depicting Jesus with a Christian martyr’s halo, but also with tefilin on his arm and head, as a symbol of Jewish suffering. Sigalit Landau’s video work marks the end of the exhibition where the artist stands on a watermelon, submerged in the Dead Sea – alluding to the description of Mary, mother of Jesus, standing on the earth.

“The exhibition unfolds between these two works – showing how the forbidden figure of Christ also served as a source of inspiration for 19th century Jewish artists, and Israeli artists from the 20th and 21st century,” says curator Amitai Mendelsohn. “Christ’s complexity – both human and divine; weak yet powerful – can be overtly present, like in Chagall’s work, or covert , as in Landau’s work, expressing personal aspiration, or mobilized to convey social and political criticism.” 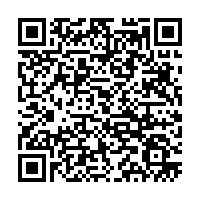