As Jews around the world continue to beseech the One Above to continue the nurturing rains of winter in the Land of Israel, Mohammed Ashour al-Naj’ar, has found his rest after many hard hours living as a tunnel digger in Gaza.

The Izz a-Din al-Qassam military wing of Hamas announced Saturday al-Naj’ar, 31, was buried alive in a tunnel collapse due to weather conditions.


The Khan Younis resident added his body to those of numerous other victims who chose to uselessly sacrifice their lives to the terrorist organization.

The soft sands of Gaza are easy for diggers to tunnel through, but that same softness becomes a death trap when the moisture seeps in from the heavy rains of winter. It is then that the weight of the mud above transforms their work environment into a grave.

Regardless, Hamas forces the diggers to continue their work in both directions: creating a network of terrorist tunnels to snake under the borders to infiltrate Egypt as well as Israel.

In both cases it is clear when the tunnels are exposed by the IDF and Egyptian security teams that Hamas has stolen for its military the concrete that was to be used to rebuild Gaza infrastructure and homes for residents.

Instead, that and similar donated supplies are used to reconstruct its military infrastructure so Hamas can launch a new war against Israel. This time, Hamas may also be offering concrete support via the tunnels for Da’esh (ISIS) terrorists in the Sinai Peninsula bordering Gaza as well.

The concrete is being used primarily to shore up the tunnels that are more vulnerable to collapse due to bad weather, according to the Hebrew-language NRG website, particularly those closest to Egypt; because that is where the infrastructure is less secure.

Egyptian security personnel have dug a wide moat along that country’s border with Gaza, and filled the canal with water to create a commercial fish farm.

The wide swathe of water along the border effectively sealed off any penetration of that section of Egypt’s border, with or without tunnels. In addition, Egyptian security personnel routinely flood terrorist tunnels that are found to be infiltrating beneath its border with Gaza.

Building Your Resume (Part I) 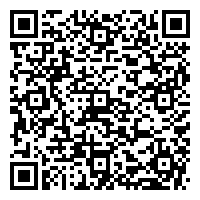