Jordan’s King Abdullah II is warning that the international battle against Daesh – the terror organization known as the Islamic State in Iraq and Syria, ISIS or ISIL – has launched World War III, although the rest of the U.S.-led coalition fighting the radical Islamic terror group may not yet realize it.

In fact, the Hashemite monarch told CNN’s Fareed Zakaria Global Public Square earlier this week, “This has to be unified.


“I’ve said this to leaders both in the Islamic and Arab world, and to the world in general: This is a third World War by other means.

“This brings Muslims, Christians, other religions together in this generational fight that all of us have to be in this together.

“So it’s not a Western fight,” the king continued. “This is a fight inside of Islam where everybody comes together against these outlaws, so to speak, together.

“We have a moral responsibility to reach out to those Muslims, to protect them, and to stop them before they reach our border.

“There’s a short-term part of this which is the military part of the issue.

“There is the medium part, which is the security element of it.

“And then there’s a long-term element of this, which is obviously the ideological one,” Abdullah said.

The terror group twists Islam, he noted, using “intimidation” as its weapon to “put fear in people’s hearts.”

But not in Jordanian hearts.

King Abdullah II, a trained helicopter pilot dubbed “the warrior king” after 35 years of military service uploaded to Instagram a photo of himself dressed in military fatigues and black gloves to rally his nation after a Jordanian pilot captured by ISIS was burned to death by the terror organization.

He cut short his visit to the United States to fly home at that news, and increased his forces in the U.S.-led coalition in the bombing raids against Daesh. There were, in fact, rumors that the king himself took part in some air strikes against the terror group as well.

“Death to Daesh” was the cry roared by the thousands who swamped the streets of Amman in the wake of the pilot’s execution.

US, Israel Appear Moving to Bolster Jordan Amid Concerns Over Economic, Social Stability

Elie Kligman Is Willing To Gamble, Due To His Faith 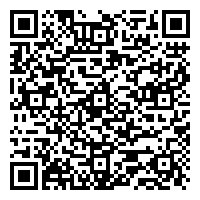