Meanwhile, thousands of Israeli soldiers are poised on the Gaza border for a ground operation to further weaken Hamas. It is unlikely to happen under the current circumstances. President Barack Obama has publicly stated he is adamantly against a ground incursion, as if he is responsible for Israel’s security.

Now he has Kerry in Cairo on Tuesday, forgetting or not admitting that everything the man did during his nine-month Peace Talks Follies turned to you-know-what. 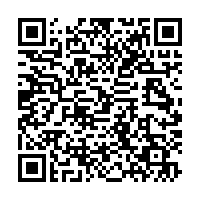