In a statement on Wednesday, March 17, U.S. Secretary of State John Kerry went halfway out on a limb and announced that ‘in his judgment,’ ISIS is committing genocide against Yezidis and Christians and Shia Muslims and other living things.

But –fair minded man that he is — Kerry refused to say definitively that ISIS actually is committing genocide.  Such a definitive statement, Kerry insisted, could only be made by an international court.


Once upon a time, our world had people — they were called “leaders” — who were not afraid to name evil, and condemn evil when they saw it.  Can you imagine Churchill or Roosevelt issuing a statement that, in their opinion, the Nazis were evil, but that any definitive conclusion on the subject would have to be issued by someone else?

So if you see other reports about Kerry’s statement today, you may find headlines saying the U.S. has announced that ISIS is committing genocide. Sadly, though, Kerry did not quite say that. He said ISIS (he now calls it Daesh, its Arabic acronym) is doing lots of terrible things that the U.S. and its coalition partners detest and want to stop.

Those are not the first things most humanitarians would list, when listing the atrocities which ISIS has committed.

Kerry then boasted about the U.S. efforts, that it “responded quickly by denouncing these horrific acts and – more importantly – taking coordinated actions to counter them.” He mentioned the international coalition which is working “to halt and reverse Daesh’s momentum.” And ticks off the coalition’s successes and actions.

Kerry boasts that the international coalition has “attacked their revenue sources, and disrupted their supply lines,” and is currently working on a diplomatic initiative to end the civil war in Syria.

Then the U.S. Secretary of State gets to the heart of his statement: how to characterize what ISIS is doing. Is it genocide? Is it simply extreme aggressiveness? Is it random killing, albeit on a large and gruesome scale?

And here it is that Kerry disappoints. He cannot bring himself to actually state: ISIS is committing genocide.

In the administration’s world of moral relativism, in that world in which legal niceties trump reality, the Secretary of State of the greatest nation in global history can only come up with: “in my judgment, Daesh is responsible for genocide against groups in areas under its control, including Yezidis, Christians, and Shia Muslims.”

And then he musters a lengthy legal and factual basis for his flaccid statement. Yes, “Daesh is genocidal by self-proclamation, by ideology, and by actions – in what it says, what it believes, and what it does. Daesh is also responsible for crimes against humanity and ethnic cleansing directed at these same groups and in some cases also against Sunni Muslims, Kurds, and other minorities.”

Okay, then, but Kerry continues to hedge because heaven forbid he actually flat-out accuses ISIS of genocide. He cannot do that, you see, because there is not yet a complete record: it is “impossible to develop a fully detailed and comprehensive picture of all that Daesh is doing and all that it has done.”

Further down in his statement, Kerry lays out the the rather compelling – one would think – argument that ISIS is committing genocide, to wit, that ISIS “kills Christians because they are Christians; Yezidis because they are Yezidis; Shia because they are Shia. This is the message it conveys to children under its control. Its entire worldview is based on eliminating those who do not subscribe to its perverse ideology. There is no question in my mind that if Daesh succeeded in establishing its so-called caliphate, it would seek to destroy what remains of ethnic and religious mosaic once thriving in the region.”

Still, even after naming what it is that ISIS does, is doing and promises to continue doing, Kerry states that the opinion that he draws from all the evidence currently available does not amount to an actual and official position.

Because Team USA believes it is not worthy of making such a determination. Nope. They want a legal determination to be made by a judge or legal tribunal after all the facts are put forward, though an independent investigation.

I want to be clear. I am neither judge, nor prosecutor, nor jury with respect to the allegations of genocide, crimes against humanity, and ethnic cleansing by specific persons. Ultimately, the full facts must be brought to light by an independent investigation and through formal legal determination made by a competent court or tribunal.

It isn’t as if Kerry or his staff are even vaguely unaware of all the horrors ISIS has committed and promises to continue to commit. Kerry ticks off many of them, near the end of his lengthy statement: faith-based sexual slavery, mass rape, starvation, forced dehydration, executions, forced conversions and destruction of cultural heritage treasures.

Kerry said he wanted his statement to assure the victims of ISIS that the U.S. “recognized and confirms the despicable nature of the crimes that have been committed against them.”

Recognize and confirm? Yes. Name it for what it is? Not yet.

And what is to be served by refusing to take that last final step? Nothing, except to make clear that the U.S. does not value, and therefore neither should anyone else, its ability to pass judgment. 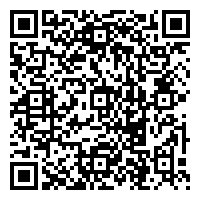