Israeli Arab journalist Khaled Abu Toameh on Saturday night twitted a flurry of notes regarding Arab public opinion and the state of affairs in Judea, Samaria, and Gaza, including a report that PA Chairman Mahmoud Abbas has declared he is ready to work with the Trump Administration to achieve peace on the basis of a 2-state solution and the Arab Peace Initiative – meaning Israel gives back every last stitch of land it liberated in 1967 in return for recognition by the Arab states. At the same time, according to Abu Toameh, 64% of Palestinians want Abbas to resign. Though his tweets about the poll results are unsourced, Abu Toameh is considered a reliable journalist, who is remarkably unbiased. In the 2009 UN World Conference Against Racism (WCAR), a.k.a. Durban II, Toameh criticized Israeli Arab MKs for supporting extremism and calling Israel a “state of apartheid” rather than fighting for the rights of Arab citizens of Israel. Abu Toameh says he is routinely subject to condemnations, and is often threatened, more often than not by sources outside the Middle East that don’t deny that he is telling the truth, they just want him to “shut up.”

Also according to Abu Toameh, the same poll found that 65% of PA Arabs believe the 2-state solution is no longer practical. 62% are in favor of abandoning the Oslo Accords; and 53% support an armed intifada against Israel.

Similarly, according Abu Toameh, 37% of PA Arabs believe an armed action (against Israel ) is most effective, while 33% favor negotiations to establish a state.

Abu Toameh on Saturday night also twitted an English translation of a Quds Press report saying 11 have been wounded in a clash between the Abbas PLO forces and Mohammed Dahlan supporters in Gaza.

Perhaps they should decide first who should run the PLO, before they launch an armed intifada against Israel? 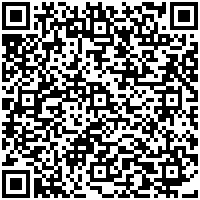