Prime Minister Benjamin Netanyahu is likely to be invited to attend President-elect Donald Trump’s inauguration ceremonies, if the Trump Transition team leaders, such as son-in-law Jared Kushner, have their way. A source inside the Transition team has told the NY Post that Kushner has been “aggressively courting” Netanyahu, to get him to come to the Jan. 20 celebrations.

Apparently, according to the same source, Trump’s team wants to arrange a meeting of the two leaders even before the swearing-in ceremony.


“There’s a plan for Trump to meet with Netanyahu,” the source told the NY Post. “They’re talking all the time. And Netanyahu is talking about possibly going to the inauguration.”

NY Times pundit Thomas L. Friedman, in an irate op-ed last week, titled “Bibi Netanyahu Makes Trump His Chump,” lamented the fact that Trump is “letting himself get totally manipulated by right-wing extremists.” Friedman, representing the essence of US Jewish leftwing anxiety and contempt about the next president, stressed, citing a global-politics kind of reverse psychology, that “Trump also has no idea how much he is being manipulated into helping Iran and ISIS. What is Iran’s top goal when it comes to Israel? That Israel never leaves the West Bank and that it implants Jewish settlers everywhere there,” which would “keep Israel in permanent conflict with Palestinians and the Muslim world, as well as many Western democracies and their college campuses.”

And so, while the left has so far dubbed the next US president the chump of both Russian President Putin and Israeli PM Netanyahu, the rest of the world will be watching Trump trying to put out the raging fires started by outgoing President Obama’s “Arab Spring” campaign in the Middle East, a campaign the left continued to praise even as the dead bodies continued to pile up in so many Arab countries. 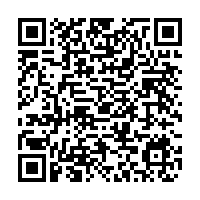