(JNi.media) According to the Jordan Times, His Majesty King Abdullah II met on Saturday with US Secretary of State John Kerry and discussed regional developments, especially the situation in Jerusalem and efforts to revive the Middle East peace process, most notably the idea to install security cameras at the Temple Mount compound.

Kerry also stated, as cited by the JT: “I am very pleased to announce today that Prime Minister Netanyahu has agreed to what I think is an excellent suggestion by King Abdullah, to provide 24-hour video coverage of all sites” on Al Haram Al Sharif—that’s Temple Mount to most non-Muslims.


Kerry added: “This will provide comprehensive visibility and transparency and that could really be a game changer in discouraging anybody from disturbing the sanctity of this holy site. I expect Jordanian and Israeli technical teams will meet soon to discuss the implementation of this idea alongside other measures to maintain and enhance order and calm.”

The idea makes such good sense, one wonders how come they haven’t thought about it before: install security cameras in a compound so rife with riots, complaints, and violations of the status quo, alleged and real. It turns out there used to be CCTVs in the compound, until, in December 2013, Jordan, the custodian of Muslim holy sites in Jerusalem, demanded that Israel remove surveillance cameras at the Al-Aqsa mosque compound on the Temple Mount.

“Jordan rejects Israel’s installation of surveillance cameras on December 8 to monitor waqf officials and worshippers, particularly women,” Information Minister Mohammad Momani told state news agency Petra, adding: “Jordan does not accept that Israel has set up a police station inside the compound. It is a flagrant military violation of the freedom of worshippers as well as an interference in the affairs of the Jordanian Islamic waqf.”

In other words, those CCTVs were going to help Israeli police do a better job of maintaining the status quo, which entailed preventing Arab rioting and violence up there, which in itself presented an effort on the part of Israel to impose “a new status quo in Jerusalem,” Momani said.

But on Saturday, realizing that violence often begets much worse violence, Jordanian Deputy Prime Minister and Foreign Minister Nasser Judeh agreed a cessation to the violence is necessary and that the Kingdom condemns all killing of civilians, a sentiment echoed by the secretary of state.

Both Abdullah and Kerry expressed appreciation of each other’s friendship, the long partnership between both nations, and of His Majesty’s role in guiding the region and leading Jordan’s role in maintaining stability in the region.

Meanwhile, Minister of Information, government spokesperson, and Foreign Affairs Minister of the Palestinian National Authority, Riyad al-Maliki, warned that the CCTVs on Temple Mount would be a trap, and that Israel plans to use them to register Arab youths as inciters. 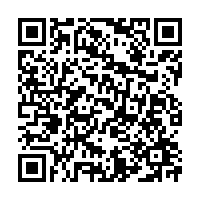