“The minor from Yitzhar” has become its own paradigm in rightwing Israeli media (leftwing outlets are yet to report this outrage).

A 15-year-old boy who, by decree of the former defense minister, Moshe Yaalon, was ordered out of Judea and Samaria, where his parents live, in the settlement of Yitzhar. It was an administrative decree, issued at the whim of the permanent martial law authorities that have governed the Jewish communities in the “territories” for fifty years.

Said decree was not required to specify what the minor from Yitzhar had done to bring on himself the wrath of the minister, it was simply issued, and turned into a living hell the life of the boy, his parents and his family and family friends inside the “green line” where he was forced to seek shelter.

The latter part, about the living hell, has to do with the requirement of Israel police to check on civilians who are removed from Judea and Samaria by administrative decree. Police show up around three in the morning, the preferred time for action by police everywhere, ring bells, bang on doors, wake up entire neighborhoods, because it’s what police do. And so, it shouldn’t surprise anyone to discover that the minor from Yitzhar faced a hard time convincing his parents’ family and acquaintances — including his grandparents who live in Petach Tikvah — to give him shelter for too many nights in a row, because they need their sleep.

Take for instance last Monday morning, that’s very early Monday morning, when policemen and detectives arrived at a home in Karmiel, in northern Israel, where the minor from Yitzhar was staying, and picked him up for interrogation at the local police station. The reason was that the fax (what decade is this?) he was supposed to send police, telling them his address that night, had been sent just after the required time.

Ah, police harassment, that unique combination of abuse of power and contempt for civilians, it’s why Israeli police patrol cars don’t say silly stuff like the LAPD’s “To protect and to serve,” or the NYPD’s CPR: “Courtesy, Professionalism, Respect.” It just says “Police,” and if you’re a minor from Yitzhar tormented by the remnant ire of an already deposed defense czar, you know that patrol cars only spell harassment.

At noon on Monday, the legal aid society Honenu represented the minor from Yitzhar against the police’s attempt to keep him in jail until they’re done prosecuting him for that late fax.

Petach Tikvah Peace Court Judge Hannah Schnitzer-Zaga refused to proceed with the silly hearing and compelled the prosecution to reach a livable compromise with the defense. So they did, and the minor from Yitzhar was released on the same terms as before, including having to send those faxes on time. Also, police were warned not to carry out those late night surprise visits they enjoy so much.

Honenu attorney Chai Haber who represents the minor from Yitzhar noted that “it looks like all of the country’s security issues have been resolved, because otherwise it’s hard to understand why law enforcement is investing so many resources in harassing a 15-year-old boy with no priors.”

No one doubts that police harassment of the boy will continue. Attorney Haber related an incident when one night, when the minor from Yitzhar found himself without a place to sleep, he walked into a police station asking for help finding shelter for the night — so they opened a new case against him for breaking the terms of his release.

MKs Bezalel Smotrich (Habayit Hayehudi) and Yehuda Glick (Likud) have requested an urgent Knesset discussion of the case of the minor from Yitzhar, whose life has been interrupted and uprooted for several months now by what appears to be Moshe Yaalon’s sheer vindictiveness. One man has the power to put an end to this cruelty is Minister of Public Security Gilad Erdan (Likud). His email is gerdan@knesset.gov.il. 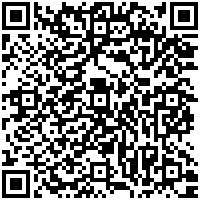