A vast majority of Israelis endorse the idea of offering new immigrants more economic and employment benefits — even at the expense of native Israelis.

The surprising information was revealed in a survey conducted by the Sampling, Consultation and Research Center, whose results were revealed Sunday at the weekly government cabinet meeting.

The news comes in light of an alarming wave of anti-Semitism that has struck Europe.

A whopping majority of 83 percent of Israelis in the survey expressed their belief that the State of Israel should take actions in the labor market that would grant special privileges to new immigrants.

Thirty percent recommended even requiring public agencies and large private business to set a floor benchmark of employment positions for new immigrants, even though such a policy would come at the expense of the native Israeli labor force.

Two- thirds of Israelis are concerned for the safety of Jews in the Diaspora, according to the survey.

Thirty-nine percent of Israelis believe that European Jews should escape the growing anti-Semitism in Europe by immigrating to the Jewish homeland.

Yaakov Hagoel, Deputy Chairman of the World Zionist Organization revealed the results of the survey at Sunday’s cabinet meeting.

“In light of the concern for the safety of the Jews of Europe, we have established a committee to deal with immigration barriers and we asked to check the position of the Israeli public in this regard,” Hagoel explained.

At the same time, 46 percent of Israelis recognize that many Jews in Europe continue to live there for social and economic reasons.

“The results are surprising, even to us,” commented Hagoel. “Despite the difficult economic situation in Israel, the Jews are brothers to each other in every place in the world.”

Hagoel was expected to discuss the need to reduce and remove the many barriers that new immigrants often experience in the employment sector.

Many new immigrants arrive in Israel as educated professionals with experience and potential to contribute to Israel but encounter bureaucratic hurdles. They are very often not recognized in their professional field. Professionals such as attorneys and doctors with certifications from abroad are not automatically recognized in Israel, but must instead go through a convoluted process to re-earn certification in Israel.

Hagoel was to present the establishment of a group of World Zionist Organization staff members who will work on removing the unnecessary barriers faced by new immigrants.

“There is no day more fitting than International Holocaust Memorial Day to raise this important issue to the cabinet,” Hagoel said. 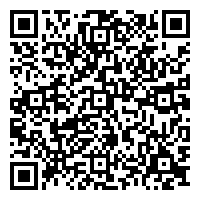