The news was reported in the Friday’s edition (May 13) of the New York Times.


The two men met last week to discuss the issue, according to two nameless Republican sources quoted by NYT who said they were not authorized to speak about the matter publicly.

Adelson, 82, and his wife Miriam met with Trump and his campaign manager, Corey Lewandowski at the St. Regis Hotel in midtown Manhattan, while the couple were in town for a gala dinner to benefit a Jewish organization.

During their chat, Trump reportedly told the Adelsons he is dedicated to protecting Israel’s security.

The billionaire has financed Republican causes over the years to the tune of hundreds of millions of dollars – but this year he plans to scale back contributions to Congressional campaigns to focus on helping Trump, according to the report.

There is, however, the thorny problem of logistics: there is a limit on how much money a single individual can give to political campaigns in the United States. In order to give really “big” money, one requires a “super PAC” — super political action committee.

On Thursday, one such group announced it would aim to raise $20 million for Trump. The Committee for American Sovereignty was formed by Doug Watts, a former aide to Ben Carson’s campaign. Watts now serves as the executive director of the group, which he said “will not accept special interest PAC contributions.”

However, up to this week Trump had not yet decided whether he will allow PACs to help finance his campaign. Last October he disavowed nine unauthorized groups and demanded they return all funds they had raised to support his campaign. It seems that now, however, he has come to the realization that for a general campaign there is no way he can gather the needed $1.5 billion through individual contributions alone. Several of the bigger powerhouse Republican superPACs are quietly gearing up to begin the job of rounding up their major givers — something that Democratic opponent Hillary Clinton  had already gotten busy with months ago — and have hired top-flight fundraisers and campaign managers to crank up the party machine.

Meanwhile, Adelson explained his reasons for throwing his support behind his fellow business mogul in an op-ed he wrote that was published in Friday’s Washington Post: “He is a candidate with actual CEO experience, shaped and molded by the commitment and risk of his own money rather than the public’s.

“I am endorsing Trump’s bid for president and strongly encourage my fellow Republicans – especially our Republican elected officials, party loyalists and operatives, and those who provide important financial backing – to do the same,” Adelson wrote. 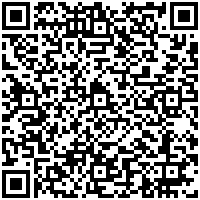