Defense Minister Avigdor Liberman says Israel should aim to recruit 3.5 million new immigrants to the Jewish State in the next decade.


Liberman estimated that it would take approximately $365 million annually to facilitate such a mass aliyah over the next 10 years.

“Bringing in those numbers will upgrade Israel to another level, with a prowess we never imagined,” he said.

“It would give enormous impetus to the economy, and science, and of course strengthen us as a regional power — and perhaps beyond.” 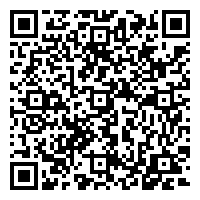