Israel will not stand aside as Iran attempts to gain a military foothold in Syria, Defense Minister Avigdor Liberman warned Thursday.

“Iran, via the Islamic Revolutionary Guard Corps, is trying to create a new reality in the region with Iranian air force and naval bases in Syria, with Sh’ite militias with thousands of mercenaries and by manufacturing precise weaponry in Lebanon,” Liberman told a forum of the Israel Institute of Energy and Environment. “Israel will not reconcile itself with these attempts and will not stand aside and watch from the sidelines,” he warned.


Liberman’s comments came a day after Prime Minister Binyamin Netanyahu held talks with Russian President Vladimir Putin on Iran’s growing presence in Syria. Netanyahu told the Russian premier that Iran was investing enormous efforts in cementing its presence in Syria and that while Israel attaches great importance to the fight against the Islamic State, he also noted that wherever ISIS had retreated, Iran had taken over.

“Iran is already on its way to taking control of Iraq, Yemen, and in many ways has already taken over Lebanon,” Netanyahu told Putin. “We cannot forget for a minute that Iran continues to threaten on a daily basis to destroy the State of Israel, that it provides arms to terrorist organizations, encourages and initiates terror, and that it is developing inter-ballistic missiles with the aim of arming them with nuclear warheads.

“We will defend ourselves with all available means against this threat,” he added. 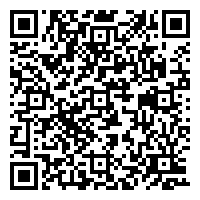