In a move reminiscent of Woody Allen who he sees the school bully approaching and steps on his own glasses, Defense Minister Avigdor Liberman on Wednesday announced that he is ready to freeze construction outside the Judea and Samaria settlement blocks as part of the understandings to be reached with the Trump Administration.

Proving he never read The Art of the Deal, Liberman suggested that Israel’s aspirations in negotiating with President Donald Trump should be to ask for his confirmation of the Bush-Sharon understandings that recognized the need for construction to support the growth of the existing population in Judea and Samaria inside the settlement blocks — but no launching of new settlements (also known as “outposts,” or, according to the Talia Sasson 2005 government report, “illegal outposts”).


The settlement blocks, outside eastern Jerusalem, which, according to the Obama Administration, is also one big settlement, consist of the regional councils of Gush Etzion, Mount Hebron, Matte Binyamin, Samaria, and Jordan valley; the local councils of Alfei Menashe, Beit Aryeh-Ofarim, Beit El, Efrat, Elkana, Giv’at Ze’ev, Har Adar, Immanuel, Karnei Shomron, Kedumim, Kiryat Arba, Ma’ale Efraim, and Oranit; and the cities of Ariel, Betar Illit, Maale Adumim, and Modi’in Illit. As of 2014, the Jewish population there is estimated at 400,000. At the current growth rate, in 2030 this population is expected to hover just below 600,000.

To be fair, this idea was not originally Liberman’s. In 2009, newly elected Prime Minister Benjamin Netanyahu declared: “I have no intention of building new settlements in the West Bank… But like all the governments there have been until now, I will have to meet the needs of natural growth in the population. I will not be able to choke the settlements.” Then, on October 15, 2009, Netanyahu said the settlement dispute with the Obama Administration had been resolved.

Sources inside the Liberman camp have suggested that the reason for this defeatist statement from one of the biggest hawks in the current cabinet has to do less with the incoming Trump people than with the outgoing Obama people, who can still cause a lot of damage in the two months or so left on their calendar. Once the evil teacher is gone, we’ll bring out the balloons and cake for the substitute teacher, those sources are implying.

Meanwhile, the defense minister was very critical of those MKs and Ministers who welcomed Trump’s election as the coming of the Messiah for Israel and the settlements, and cited messages received from the president elect’s camp “expecting us to behave humbly.”

Perhaps. But Liberman appeared to be in a “humble” mood about more than just future construction in Judea and Samaria — he was also giving up hope for existing Jewish communities, such as Amona. This community, built with government support, is slated for demolition and evacuation come December 25, by decree of the Israeli Supreme Court. Incidentally, on Nittel Nacht, the Jewish name for Christmas, eastern European Rabbis forbade married couples from having relations, and studying Torah was also forbidden, as this was a day destined for evil occurrences — a historic and cultural fact completely missed by the court, apparently.

Humble to the point of outright depression, Liberman criticized the Arrangements Act the coalition had just passed in a preliminary vote, which takes care of Arab claims on Jewish land in the liberated territories without having to destroy Jewish communities. For one thing, he pointed out, “it is clear it won’t cover Amona because it cannot be applied retroactively.”

“Sometimes truth is also an option, even when it’s very bitter,” he said, stating that “anyone who says Amona can be preserved in its current location is just spreading delusions and fantasies.”

Or, as Bogie says in Allen’s Play It Again, Sam, “Nothing that a bit of bourbon wouldn’t fiksh.” 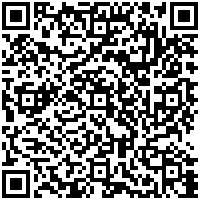