(JNi.media) The Israel Electric Corp on Sunday announced that Egyptian natural gas companies will pay compensation of $1.76 billion for stopping gas supplies in 2012, after Mohammed Morsi had been elected president. The termination, which followed months of terrorist attacks on the pipeline in the Sinai, reneged on a 20-year deal between Egypt and Israel. The state-owned IEC initially sued Egypt Mediterranean Gas for $4 billion in damages, but an international arbitrator awarded it only $1.76 billion plus interest and legal expenses.

IEC said it had sustained heavy damages as a result of Egypt’s blocking of gas supplies, forcing it to purchase more expensive fuel to generate electricity.

The Middle east Monitor noted that Egypt’s natural gas reserves had been depleted over the first decade of the 21st century, so that by 2008 “Egypt became a pure importer of energy.” In fact, after Egypt had exported natural gas to Israel since the mid-1990s, it will start importing Israeli gas in 2019 and 2020, for a period of 10 to 15 years. Apparently, well before the “Arab Spring,” still under the Hosni Mubarak regime, “Egyptian energy experts had warned their government of the consequences of continuing the strategy of exporting oil and natural gas for reasons associated with the imminent depletion of Egypt’s fuel resources.” 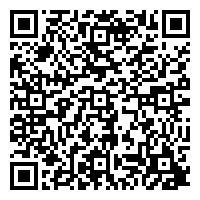