Lubavitch emissary Rabbi Ovadia Isikoff, who is the Rav of the city of Derbent, the southernmost city in Russia and the second most important city in the Dagestan region, was seriously injured after being shot in the chest by an unidentified man, the website COL reported Thursday.

Rabbi Isikoff, in his 40s, was coming out of his car, returning home from a ritual slaughtering. He is in the local hospital where the doctors are described as fighting for his life. Local police is conducting a manhunt for the suspect, who fled after the incident.


Israel’s Foreign Ministry stated that they are familiar with the incident in the city which is located about six hours from Moscow, and are awaiting a report from local police.

Chief Rabbi of Russia Rabbi Berel Lazar, who is himself part of Chabad Lubavitch, has hired a medical airplane that will leave Israel at 3 PM local time ((8 AM Eastern) with a qualified surgeon, a paramedic and an intensive care doctor to aid in Rabbi Isikoff’s treatment.

Should the medical team deem it necessary, they will transport the injured rabbi to Beilinson Medical Center in Petah Tikva, Israel.

Police spoke to Rabbi Isikoff’s wife and four children, and shared with them that their current theory is that the shooting was antisemitic in nature.

Baruch Grin, spokesman for the Jewish Communities in Russia told Israel Channel 2 News that Rabbi Isikoff “has been living there nine years already. No one knows why it happened, but it’s a very Islamist place and I suspect that’s the connection.”

Dagestan, in northern Caucasia, is considered the most violent region in Russia today. Various extremist Islamist organizations conduct daily attacks on government and civilian targets with the aim of establishing a Muslim state in southern Russia.

We Need a Better FBI 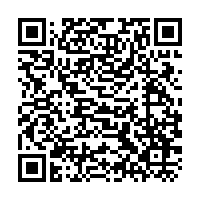