When the Boston Marathon bombings occurred last April 15, most commentators split along two positions. The first position was that it was an act of foreign terrorism. The second, and this one grew louder and stronger, was that this was a vicious act by a “lone wolf” whose religion and ideology had little to do with his actions. Eventually the story became clearer. Religion and ideology certainly played a role, but the terrorists were home grown.

In a radio interview from Russia, Massachusetts Congressman Bill Keating (MA-9)(D), said he believes “that Tamerlan Tsarnaev did meet with insurgents here.” The phone interview was with the Boston Herald Radio and it took place on Monday, Jan. 20. Keating and several other members of the congressional committee investigating the Boston Marathon bombings traveled to Russia to investigate Tsarnaev’s connections to local terrorist groups.


Tamerlan Tsarnaev, the older of the two Tsarnaev brothers, the prime suspects in the Boston Marathon bombing, traveled to Dagestan in 2012. The following year, he and his brother allegedly placed the bombs along the end of the route of the Boston Marathon, and then detonated them, killing three and wounding nearly 300 others.

Dagestan is a republic of Russia to its southeast, along the Caspian Sea. Within Dagestan lies some of the densest parts of the Caucasus Mountains. Dagestan means “mountain land.”

Keating was in Russia for another reason.  The 2014 Olympics will start Feb. 7. The site of the Olympics this year is Sochi, which is in Southern Russia. Sochi is 1,000 miles from Dagestan and the rest of the Caucasus Mountains, a lawless frontier where brutal Islamist terrorists reign.

Over the past several weeks there have been several terrorist bombings in Russia which have killed many dozens. Credit for some of those bombings was claimed by a particularly brutal band of Muslim terrorists, headed by the charmless Doku Umarov, sometimes referred to as the “Russian bin Laden.”

News outlets are beginning to focus on the recent wave of terrorism in Russia, as the opening of the 2014 Olympics draws nearer. Some note that Umarov and his comrades are eager to interrupt the Olympics and humiliate Russian president Putin. But few acknowledge that what Umarov and the Caucasian Islamic Terrorist claim is their opposition to the Olympics.

This past June, Umarov released a video in which he called on his followers to use “maximum force” to ensure the Olympics not take place. Umarov claims that the land on which the Olympics are to be held contains the bones of many dead Muslims. “Today we must show those who live in the Kremlin … that our kindness is not weakness,” Umarov said.

“They plan to hold the Olympics on the bones of our ancestors, on the bones of many, many dead Muslims buried on our land by the Black Sea. We as mujahideen are required not to allow that, using any methods that Allah allows us,” Umarov stated in the video.

On Sunday these terrorists released another video. In this one they claim that Putin and all the tourists who come to watch the Olympics should expect “a surprise.”

“We’ll have a surprise package for you,” one of them said, addressing Russian officials. “And those tourists that will come to you, for them, too, we have a surprise.”

This Sunday the talk shows finally began airing discussions of potential terrorism at the Olympics next month. U.S. Sen. Angus King of Maine said he would not go to Sochi due to security concerns.  Cong. Keating said he “wouldn’t go so far” as King, but said he is “aware of the dangers.” 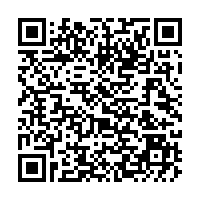