A major Hamas terror cell of six operatives was uncovered and put out of action in a joint operation by the Shin Bet, IDF and Israel Police, Israeli officials announced Sunday.

The cell, arrested in the Palestinian Authority city of Qalqilya — about 20 minutes northeast of Bnei Brak — was planning a series of terror attacks aimed at Israeli targets.


“Dozens of kilograms” of sulfur and 25 grams of mercury were uncovered during the search, among other supplies used to make bombs.

Members of the terror cell confessed to having been recruited by Hamas headquarters in Jordan, and having undergone military training in Gaza. They were then sent to Samaria to carry out military operations and recruit others to the cause.

The operatives said they were living and operating out of an apartment in central Shechem, where they built a weapons laboratory in which they mixed the raw materials and other chemicals to manufacture explosives.

Some of the materials were turned over to the security forces. The suspects admitted the bombs were created specifically to carry out terror attacks against Israeli targets, were arrested. They were:

The group was formed last summer and directed by Hamas military officials in Gaza, who gave orders to carry out military activities in Judea and Samaria during Operation Protective Edge, the war between Israel and Palestinian terror groups led by Hamas.

This investigation once again makes crystal clear the high motivation of the Hamas leadership based at international headquarters abroad to train and maintain military units. Such terrorists were – and still are – being transferred from Jordan and Gaza, equipped with weapons and ordered to carry out attacks in Judea and Samaria. 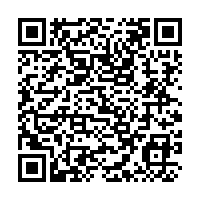