German security personnel are hunting for a 24-year-old Tunisian man who they say may be “violent and armed” and who has been in contact with radical Islamist groups.

Berlin Police are searching for Anis Amri in connection with the terrorist attack that took place at the Christmas Market on Monday evening. The German government is offering a 100,000-euro ($104,000) reward for information leading Amri’s arrest, saying he is under “urgent suspicion.”


WANTED posters were issued Wednesday by the German federal prosecutor’s office, saying, “If you see this person that we are seeking, inform the police. Please do not put yourself in danger because this person could be violent and armed!”

Amri was known to German security agencies and had been in contact with radical Islamist terrorists in Germany’s North Rhine-Westphalia province, where police are now conducting raids.

He arrived in Germany in 2015. His request for asylum was rejected in July 2016 and was arrested in August in the German town of Friedrichshafen after having been found with forged documents just before heading to Italy – but a judge let him go.

Germany tried to deport Amri back to Tunisia, it was unable to do so, because the Tunisian government refused to take him back, citing no proof of citizenship since “he lacked identity papers.”

Amri’s identity papers, however, were discovered this week inside the cabin of the truck that was used to mow down holiday shoppers and sightseers on Monday at the Christmas Market in Berlin, according to German security officials.

An Israeli man who was at the Christmas Market at the time of the attack was seriously injured and is still hospitalized. His wife, who was with him in the market at the time, is still missing. At least 12 people were killed and 48 others were wounded in the horrific attack.

German Interior Minister Thomas de Maiziere told a news briefing Wednesday that a manhunt had been underway across Europe since midnight Tuesday. 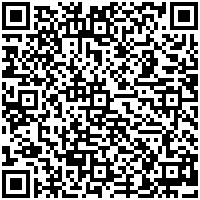