The IDF is preparing to deal with unconventional threats on Israel’s northern border, including those involving nuclear, biological and chemical warfare.

The “Yahalom” Special Operations Engineering Unit has established the new Seyfan company for this purpose, which last week joined the unit for its first training exercise.


Another new company is to be established next year, according to military sources. At that time, Yahalom is expected to move from its base near Petach Tikvah to Camp Julis in southern Israel.

Military forces fighting on behalf of the Syrian government have been cited numerous times for their use of chemical weapons against the civilian Syrian population during the ongoing civil war across Israel’s northern border.

In addition, there has been recent evidence that the Islamic State (Da’esh or ISIS) terrorist organization may also have begun using chemical weapons in some of their operations as well. As early as 2015, ISIS was trafficking in chemical weaponry in Europe, according to a European Union parliamentary report. 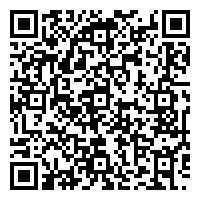