Police boarded an easyJet flight from Tel Aviv last Monday when it arrived in Luton airport, to prevent a “breach of the peace” by a group of Haredi men, the Jewish Chronicle reported Wednesday. But an examination of the details of the story raises questions as to the real purpose of inviting British police to board the plane and escort the men off.

For one thing, the “breach of the peace” had taken place three hours earlier, on the Ben Gurion tarmac, when a group of Haredi men refused to sit next to female passengers. No matter how much the crew insisted they must comply, they refused to budge. This made everybody on the packed flight very upset. The JC quoted one passenger who said: “10 ultra-Orthodox men caused absolute bedlam […] It was infuriating […] At one point there were about 10 men in black hats blocking the aisles and refusing to sit down.”


So: a packed flight, infuriated passengers and ten men in black hats who won’t sit next to ladies.

Try to find any mention of the above narrative in the company’s press release:

The airline said: “easyJet can confirm that flight EZY2084 from Tel Aviv to Luton on 13 February 2017 was met by police on arrival at London Luton due to a small group of passengers behaving disruptively by not complying with the captain and cabin crew’s request to take their seats both prior to departure from Tel Aviv and during the flight.

Here’s what happened next: the women next to whom the Haredi men refused to sit were nice enough (or practical enough) to move to different seats and, miraculously, the men in the black hats ended their “disruptive behavior.” Except for one of them, who tried to charge his phone using a USB port on the crew control panel in the forward galley “in a foolish attempt to charge it,” according to easyJet’s press release. “This led to the exit light above the panel being illuminated but did not in any way compromise the safety or security of the aircraft.”

Ah, those foolish Jews in their big, black hats…

For the record, the essential dispute was resolved at 2:55 PM, and, according to company records, no more disruptions ensued for three hours, other than the “foolish” guy with his phone charger.

Why, then, did easyJet insist on police escort for the men in the hats three hours later, after landing in London at 5:55 PM? Bedfordshire Police said in a statement: “We were called at around 5:55 PM on Monday to reports of a group of disruptive men on a flight landing at London Luton Airport. Officers attended and escorted the men off the flight preventing a breach of the peace. No offenses were found to have been committed.”

Possibly, one could surmise, for the “perp walk,” the act of walking into or out of a police station or a courthouse a person or persons in police custody, usually made to perform for the benefit of the media. In his case, for the benefit of the irate passengers and the angry crew. Let those Jews know what we in enlightened Britain do to men who refuse to sit the egalitarian way.

It’s time for some smart entrepreneur to launch a Haredi airline, which would be cheaper and better run than most, and will come equipped with a small shul. 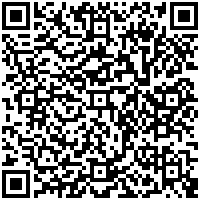