In a small sparsely-furnished office, containing a cherry wood desk, a matching credenza, an Israeli flag, some small personal photos and a large framed print of the father of Zionism, Vladimir Jabotinsky, is seated a man larger than life, the head of Yisrael Beiteinu and former Foreign Minister of Israel: Avigdor Liberman.

When the JewishPress.com met with Liberman late one morning this past week, he was told that most non-Israeli Jews really don’t have a good sense of who he is. So he was asked to explain himself.

“First of all, my highest priorities are Aliyah, Jewish Continuity and Absorption. My positions are clear right wing without compromise, but very pragmatic.”

One of his pet projects combines all three priorities: he envisions schools of Jewish education everywhere in the Diaspora, along the lines of American schools abroad. Those schools would focus on both Judaism and Zionism.

Liberman explained the need for this educational initiative: “At the Saban meeting, people like [American Jewish journallist] Jeffrey Goldberg talked about the problem of the younger Jewish generation not being so supportive of Israel.”

“He said that the decline in support was due to Israeli government policies. But that’s not the problem,” Liberman said.

The problem is that the “younger generations of Jews don’t really know much about and so don’t care much about Israel.”

This dovetails with Liberman’s preoccupation with Jewish assimilation. He cites statistics and surveys which predict the near total extinction of Jews in only a few more generations.

“Fewer than 10 percent of American Jews have a Jewish, Zionist education. In places like France, Russia, even Canada, there is a 70 percent assimilation rate,” Liberman explains, with horror.

Naturally, the first question is who would fund such a project? Knowing that even many American Jewish Federations have turned away from significant contributions to Jewish day schools, the prospect seems bleak.

But Liberman isn’t looking to the Diaspora as the primary funding source. He explains: “during the 1940’s and ’50’s, Israel was a small, poor country and needed tremendous financial and political support – which it received – from the Jewish Diaspora.

“Now, with Israel’s vibrant economy, it’s our turn to give back and our turn to help support the Jewish people. We are a strong country with a huge budget,” explains Liberman.

Liberman believes that Israel must contribute something on the order of $365 million – which should be met with matching funds – to this vitally important enterprise.

The suavely-dressed, slimmed-down, blue-eyed politician sees this contribution by Israel not just as providing moral support to the waning Diaspora Jewry, but as a crucial investment, “it is for our future as well.”

The idea was first pitched by Liberman nearly a year ago in a speech in the United States. The concept was immediately overshadowed by the subsequent Israeli elections and, increasingly, by the nation’s focus on the then-looming and seemingly catastrophic Nuclear Iran Deal which the five permanent members of the U.N. Security Council (the U.S., the U.K., France, China and Russia), plus Germany (the P5+1) was negotiating, and then concluded, with Iran.

Liberman believes his concept is critical if there is to remain a global Jewry outside of Israel. Not surprisingly, one of the reasons Diaspora Jewry with a strong Jewish and Zionist identity matters so much is as a steady source for Aliyah.

But the current governing coalition “does not care about the Diaspora,” Liberman said.

This discussion led naturally to the question of why Yisrael Beiteinu walked away from being in the ruling coalition. It’s of course harder to promote enormous new projects from the outside. 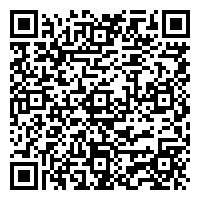