Three people were injured in stoning attacks Tuesday by Arab terrorists in Jerusalem on the first intermediate day, Chol HaMoed, of the Jewish festival of Sukkot.

Two of the victims were wounded in an attack that took place in the Jerusalem neighborhood of A-Tur, after the windshield of their vehicle was shattered by the rocks hurled by the attackers.


The third victim was hurt near the Lion’s Gate entrance to the Old City of Jerusalem.

Magen David Adom paramedics treated the victims at the scene before evacuating them to Jerusalem medical centers.

Between the morning hours and mid-afternoon Arab terrorists carried out at least 16 attacks throughout the country, along Highway 437, at the El Khader Junction, along Highway 60 at Beit Omar, in the Jerusalem neighborhood of Silwan, and Highway 55 in Samaria. 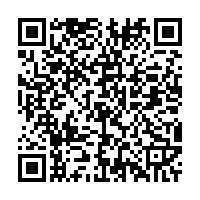