Andrés Isaac Roemer Slomianski, Mexico’s 52-year-old Jewish ambassador to UNESCO in Paris, was fired over his reluctance to cast a ballot in favor of a resolution that denied the basic reality of his ancestry and that of his countrymen.

“For not having informed diligently and with meticulousness of the context in which the voting process occurred, for reporting to representatives of countries other than Mexico about the sense of his vote, and for making public documents and official correspondence subject to secrecy,” said an official statement released Monday (Oct. 17).


Jewish Mexican news site Enlace Judio took a philosophical tone over the news: “Andrés Roemer lost his job, but the vote of Mexico changed from “for” to “abstain” from the infamous resolution of UNESCO, which ignored the Jewish connection to the Temple Mount and the Wailing Wall.

“For the first time since 2010, Mexico has changed its consistent line of voting in favor of the Palestinian Arab bloc in UNESCO,” the site continued.

“Sadly, the Ambassador to UNESCO was sacrificed, but [he] managed to change a perennial tradition of sticking the Latin American bloc that eventually passed by a majority, an absurd and biased resolution.”

Roemer was poised Tuesday morning to trigger a special clause that would have forced a new vote on the Palestinian Authority’s proposed resolution entitled, “Occupied Palestine.” Mexico eventually settled simply for a statement on its wish to change its vote from “support” to “abstain.” Brazil did the same.

The UNESCO Executive Board went ahead and adopted the resolution, which erases for the world body, at least, the historic link between Jews, Jerusalem and the most sacred sites in Judaism: the Western Wall and the Temple Mount. For Christians, it does the same, erasing the root from which their faith grew.

According to UN Watch, the Mexican envoy had received a clear instruction to vote “for the Palestinians,” despite the assurance from Mexico’s President Enrique Peña Nieto that his nation would not support such a resolution.

But Israeli ambassador to UNESCO Carmel Shama-Hacohen said, “As a Jew his conscience would not allow him to vote for ignoring the historic and religious connection with the Temple Mount and the Western Wall…. It’s possible that his conscience-based decision will result in his being sent home and fired,” Shama-Hacohen added.

On Friday, as Roemer visited with his Israeli counterpart in the sukkah of the embassy in Paris, he told him he was thinking of quitting. Shama-Hacohen advised him to wait, and in a formal letter publicly thanked him for his bravery and his courage. Roemer had just arrived in Paris this summer.

The Mexican envoy is the grandson of a Viennese conductor who escaped from the Nazis and a man of many talents. He is a political analyst, an author and playwright, and has served as a consul general for Mexico in San Francisco. Distantly related to the humorist Art Buchwald, Roemer is also an attorney, an economist and the founder of a think tank. Many refer to him as a “Renaissance man.”

The resolution “runs counter to the reasons that justified [Jerusalem’s] inscription on the UNESCO World Heritage list,” as the agency’s director-general, Irina Bokova herself pointed out in a statement last week. Bokova is now under double security in the wake of death threats that came in response to her remarks.

“The outstanding universal value of the City, and the reason why it was inscribed on the UNESCO World Heritage list, lies in this synthesis, which is an appeal for dialogue, not confrontation,” she said. “We have a collective responsibility to strengthen this cultural and religious coexistence, by the power of acts and also by the power of words. This requirement is stronger than ever, to bridge the divisions that harm the multi-faith character of the Old City.

“When these divisions carry over into UNESCO, an Organization dedicated to dialogue and peace, they prevent us from carrying out our mission,” she added.

Even outgoing United Nations secretary-general Ban Ki-moon stepped back from the precipice on this one, saying in a statement via his spokesperson last Friday, “ The Al Aqsa Mosque/Al Haram al Sharif, the sacred shrine of Muslims, is also the Har HaBayit — or Temple Mount — whose Western Wall is the holiest place in Judaism, a few steps away from the Saint Sepulchre church and the Mount of Olives, which is revered by Christians… any perceived undertaking to repudiate the undeniable common reverence for these sites does not serve the interests of peace and will only feed violence and radicalism.”

His spokesperson reiterated in response to a question from a reporter, “The Old City of Jerusalem and its Walls have an undeniable link to three religions: Christian, Jewish, Muslim. It includes holy sites that are revered by the followers of these three religions. Anything that is perceived as an undertaking to repudiate that fact does not serve the cause of peace.” 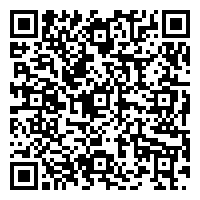