A Sunday Times story headlined “Two Old Foes Unite Against Tehran” suggest, according to a diplomatic source, that Israel’s Mossad is working with the Saudis on contingency plans for an attack on Iran, should the latter not take down its nuclear weapons program in the deal to be signed in Geneva this week.

The Israelis and the Saudis are convinced that the Geneva talks that seek to place limits on Tehran’s military nuclear development are nothing more than appeasement, Munich style, and will do little to slow Iran’s effort to possess a nuclear warhead, which it can then mount on its numerous, Russian and home made ICBMs.


Riyadh supposedly has already given the go-ahead for Israeli planes to use its airspace in an attack on Iran.

As you can see on the map below, Israel’s line of attack on Iran must pass either via Turkey in the north, or Saudi Arabia in the south, as it would not have free passage over Iraq. It might also be able to use both prongs simultaneously.

In an interview to Le Figaro on Saturday, Prime Minister Binyamin Netanyahu spoke of the “meeting of the minds” between Israel and the “leading states in the Arab world” on the Iranian nuclear threat.

“We all think that Iran should not be allowed to have the capacities to make nuclear weapons,” Netanyahu said, referring to himself and to his newly found Arab cohorts. “We all think that a tougher stance should be taken by the international community. We all believe that if Iran were to have nuclear weapons, this could lead to a nuclear arms race in the Middle East, making the Middle East a nuclear tinderbox.”

Netanyahu called on the world’s leaders to take notice and recognize the seriousness of the threat, which is severe enough for Israel and the Arabs to be in complete agreement over it.

According to the Sunday Times, both Israel and Saudi Arabia are convinced that the West has decided to run out the clock on the Iranian nuclear program, to the point where an attack on Iran would be far more dangerous than it is today, due to its ability to retaliate with a nuclear counter attack. Apparently, both countries do not believe that the concept of a Mutually Assured Destruction, which kept the U.S. and the USSR from nuking each other during the Cold War, will not deter the religiously fervent Ayatollahs.

In that context, of Israel and the Arabs know just how dangerous the Iranian threat is (“We know something about this region. We know a great deal about Iran and its plans. It’s worthwhile to pay attention to what we say,” Netanyahu told Le Figaro). Here are a few citations from the late Ayatollah Ruhollah Khomeini (1902-89), who commented, as his army and Saddam Hussein’s were grinding one another to a bloody pulp, that no matter which of the armies is destroyed, Islam would benefit in the end.

In the discussion of a country possessing nuclear weapons it is crucial to know whether the notion of Mutually Assured Destruction. To that end, it would help to know how the founding father of the Islamic Republic valued life.

Khomeini told an audience early in the revolution: “Dying does not mean nothingness: it is life.”

Traditionally, Shi’a Islam has revered shahada, the act of paying the ultimate sacrifice in defense of the faith. In the annual Shi’a 10-day celebration of Imam Hussein’s death at Karbala, it was Hussein’s courage and religious devotion that was celebrated, not the fact that he had been killed. But Khomeini took this one step further, perhaps to its logical conclusion, preaching that not only was martyrdom a highly meritorious act, so were opportunities for it. (Daniel Brumberg, Reinventing Khomeini (2001).

Thus his insisting on continuing the war with Iraq well after Iraq had been driven out of Iran was not a bloody disaster for which Iranians should be angry with Khomeini—it was an important opportunity for the young to die fighting enemies of Islam. “Dying does not mean nothingness: it is life.”

Khomeini said about the ideal of martyrdom (paraphrased): If the great martyr confined himself to praying, the great tragedy of Kabala would not have come about. Among the contemporary ulema (Islamic scholars), if the great Ayatollah Shirazi thought like these people, a war would not have taken place in Iraq and all those Muslims would not have been martyred.

On Anniversary of Iran’s US Embassy Seizure, ‘Death to America’ Still Heard 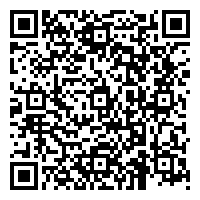